This course is in English.

High quality governance is essential for all types of business organisation, whether in the For Profit, Not for Profit or Public Sectors. Just as poor governance practices contribute to the failure of SMEs, so poor governance has been the cause of reputational and other damage suffered by larger organisations and their stakeholders. Hard and anecdotal evidence testifies to the need for directors to be developed. Directors sit at the apex of the decision-making process in their organisation; with ultimate accountability to shareholders and/or stakeholders for their organisation’s assets, (including employees), the culture and values of their organisation, oversight of delivery of the organisation’s purpose and business, relations with supply chain partners and the organisation’s reputation. Direction of a company or other type of organisation is a skill and just trying to “learn on the job” is insufficient in the modern age. Serving and would-be directors need to learn about and be developed across a range of relevant topics to equip them to be more effective in their role so to enable change and offer their business a competitive advantage, viability and profitability.

The Value of Good Governance 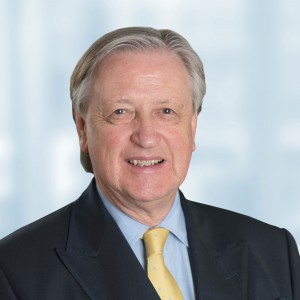 Why Evaluate the Board of Directors?

Ethical Handling of Conflicts of Interest

Not subsidised by HRDA 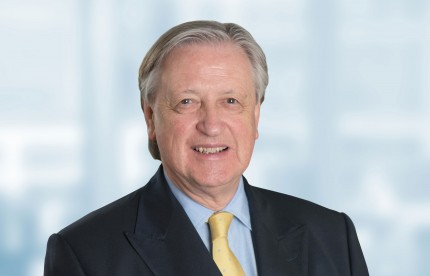 Simon Osborne is a board evaluation and governance consultant and a trainer. He was CEO of ICSA: The Chartered Governance Institute from 1 October 2011 until he stepped down on 30 June 2019. He progressed to this role after being made a Fellow of ICSA in 2004, and following on from his appointments as chairman of the ICSA Company Secretaries’ Forum in 2005 and Joint Head of ICSA Board Evaluation in 2006.

After qualifying as a Solicitor of the Higher Courts of England and Wales, Simon worked as in-house legal counsel for nearly 30 years in the British railway industry, latterly for 10 years as Company Secretary and General Counsel of the former FTSE100 company Railtrack Group PLC. Following the UK Government’s move in 2001 against Railtrack Group’s major subsidiary by putting it into railway administration, he joined a small team which successfully recovered value for 250,000 shareholders. Simon’s time and roles at Railtrack gave him a strong interest in the importance of better governance. Since 2003 he has undertaken board evaluations for ICSA Board Evaluation; and director training assignments in the UK and overseas. This experience  has given him helpful insights into the role of a director, board culture and good governance. In 2008 he contributed a Private Sector Opinion on board evaluation[1] to the World Bank’s International Finance Corporation.

A recognised advocate of using evidence-based insights to inform governance and board efficacy, across a range of industries and sectors, Simon pursued a policy at ICSA: The Chartered Governance Institute of low cost targeted investment in research projects with the Investment Association[2], Board Intelligence[3] and Henley Business School[4]. ICSA’s Policy team has also published a Future of Governance series.

Simon is the immediate past chair of the Bylaws & Procedures Committee of the International Corporate Governance Network (ICGN). He was a founder member of ICGN’s business ethics committee. He has served until recently as a NED with an award winning media firm, Crown Brands Communications Limited. He is a vice-president of a small charity, the Railway Benefit Fund (Charles Dickens was a founder member), having previously served successively as honorary solicitor, board member and deputy chairman, and chairing its nomination committee.

Costas is a founding partner in A. & E. C. Emilianides, C. Katsaros & Associates Ltd and a practicing lawyer in Cyprus, advising some of the biggest organizations of the island and a portfolio of international clients that operate in Cyprus and abroad.

He has worked as an investment broker & trader, being certified as a derivatives consultant from ADEX (Athens Derivatives Exchange) in 2001 having succeeded in the exams for the relevant professional licence, until his entrance as an advocate in Thessaloniki (Greece) Bar Association in 2002, where he has been a member for 15 years as a licenced advocate.

Since 2008-2009 he has moved to Cyprus and contributed to the task of the new charter of the Orthodox Church of Cyprus and served as the legal advisor of the Holy Archbishopric of Cyprus and head of its legal activities and entities. He has been a visiting lecturer of University of Nicosia (UNIC) and published various scientific articles and lectures.

For more info call us on:

For Companies and Unemployed Individuals, the prices shown below are after the deduction of the HRDA subsidy.

More information is provided during the registration process, including the HRDA Terms and Conditions for eligibility.

Registration is also available via Telephone 22398000

We Are Here to Help

The Crucial Role of the Data Protection Officer (DPO)