You are browsing a past course

This course is in English.

The Essential Governance Briefing webinar explains the importance of good governance and aims to persuade the audience of the vital part that the exercise of good governance plays in the success of all types of business. It goes on to address the key legal duties, responsibilities and liabilities of directors and the importance of strong legal what should all organizations have in mind when it comes to practicing good governance? How can businesses handle the challenges some essentials for achieving imporoved governance and proper compliance with legal responsibilities?

The presentation will explain the meaning and purpose of good governance. How it concerns the proper exercise of power by different groups-directors, shareholders and other stakeholders such as customers, employees, neighbours and suppliers. it is concerned with disclosure and transparency, accountability,culture,internal control,avoiding the concentration of power in too few hands, doing business both legally and in the righ way, and handling ethically conflicts of interest and duty as they arise.

A hightened awareness of the benefits of good governance and of legal resposibilities.

The course is addressed to :

*The course may be approved for up to 2.5CPD units verified directly by the participant's association, regulator or other bodies which holds membership.

** For the Cyprus Bar Association Members this counts as part of their Continuous Professional Development, qualified as Non-verifiable CPDs.

Not subsidised by HRDA 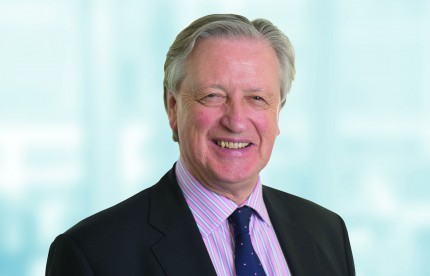 Simon is a trainer and board evaluation and governance consultant. He stepped down as CEO of ICSA: The Chartered Governance Institute (CGI) on 30 June 2019, having held the role since 1 October 2011. That appointment followed eight years as Joint Head of ICSA Board Evaluation, a role to which he has returned. Simon is a Fellow of the CGI, having qualified first as a solicitor. He worked as in-house counsel for 30 years in the railway industry, latterly as Company Secretary and General Counsel and then as a main board executive director of the former Railtrack Group PLC.

Simon is now an Executive Fellow with the London Business School Leadership Institute. In addition to his board evaluation practice, he delivers training programmes for company directors. Simon is a member of the International Corporate Governance Network (he is immediate past chair of ICGN’s Bylaws & Procedures Committee and was a founder member of its Business Ethics Committee). He is a vice-president of a charity, the Railway Benefit Fund of which he was previously the deputy chair. He has served also as a NED of a boutique media and events company, as the chair of the ICSA Company Secretaries Forum, as a member and chair of the audit committee of The Law Society of England and Wales and as a member of the audit committee of a major City of London law firm.

Costas is a founding partner in A. & E. C. Emilianides, C. Katsaros & Associates Ltd and a practicing lawyer in Cyprus, advising some of the biggest organizations of the island and a portfolio of international clients that operate in Cyprus and abroad.

He has worked as an investment broker & trader, being certified as a derivatives consultant from ADEX (Athens Derivatives Exchange) in 2001 having succeeded in the exams for the relevant professional licence, until his entrance as an advocate in Thessaloniki (Greece) Bar Association in 2002, where he has been a member for 15 years as a licenced advocate.

Since 2008-2009 he has moved to Cyprus and contributed to the task of the new charter of the Orthodox Church of Cyprus and served as the legal advisor of the Holy Archbishopric of Cyprus and head of its legal activities and entities. He has been a visiting lecturer of University of Nicosia (UNIC) and published various scientific articles and lectures.

We Are Here to Help